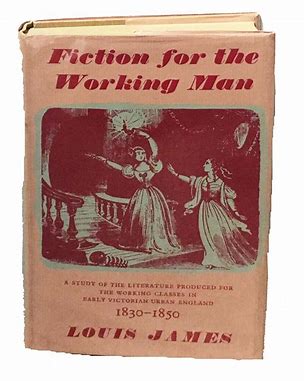 I’m never really sure why the term ‘working-class writing’ gets a bad rep. I’m less sure why there’s a justification process to wade through to determine whether you’re working-class enough to be a writer of working-class fiction. That’s like asking a crime writer if they’ve experience of being a serial killer.

I say this because

I’d never set out to be a working-class writer. I thought I was writing about place. And about the people that inhabit a specific place. But place your writing in Stoke-on-Trent, say, and mine the pits, pots, and poets of your childhood when made to wipe your feet on a ‘Vote Tory’ sign with a Nan who called the Bingo her Doctors – she was there that much I once called 999 to see if she was going to die – and have her gossiping with those chattering of matriarchs who circled on the doorsteps telling stories about each other but never about themselves, then write it all unapologetically in a regional voice, and… okay. I started to get it. But I still revisited the canon and put big light on, duck, because that’s when I started to see where their voices ended and mine began.

Over the past few years, there have been a number of calls from myself and fellow writers for publishing to better represent the working-class; in terms of access to the industry and for more diverse and inclusive stories to be told. It’s amazing that there’s still an argument to be had when our voices remain on the margins, and I’m glad to be part of that collective voice to breakdown those class barriers where possible, along with being a writer who is directly contributing to the canon and working towards reclaiming its positioning. Here’s my six bob’s worth:

contributor to ‘Where are all the Working-Class Writers? BBC Radio 4

But the discussion I’m really interested in is to do with the perspective. What do I mean by this? Well, if you read a George Orwell it’s always about the observer looking in rather than being immersed in that (working-class) culture, and the canon’s evolution since it’s 1960’s heyday has rather been defined by this Orwellian tourist lens. What I seek is fiction that faces inward. Those stories that people tell themselves as a way to broker that relationship between wanting and waiting and what if things were otherwise? These are the home truths of those for whom life is generally happening elsewhere, to paraphrase Alan Bennett. Stories of those women stood behind you in the supermarket queue. At least that’s my perspective. And it’s one that I’ve come to own.

This was so lovely to be part of. Huge thanks @WMRNetwork @writingwestmids for having me. I've already bought Light Years on @AmandaSmyth8 recommendation. Sorry to miss you @ClaireFuller2 but the seasonal cold had kicked in 🤧 #amending #readingcommunity

What a wonderful Readers' Day, thanks for sharing great conversations about your reading & writing lives
@AmandaSmyth8 @mikegayle
@lisablowerwrite @JDawsonwriter @ClaireFuller2
A joy to host, all left with signed books from
@BookshopOTGreen
& so many recommendations 📚

Postgrad Research in the Humanities at Wolves@CTTR19·
17 Nov